OceanSky Cruises has hosted the conference “The Revival of Airships: Pioneering the new era of sustainable travel” on a roundtable that has taken place at the Swedish Pavilion in ExpoDubai. The aim of the meeting was to discuss the future of sustainable travel through airships. It’s the first time such a conference is attended by some of the leading experts in the travel and airship industry.

Most of them agreed that experiential travel is the first step to bring airships back to the skies and to build a strong and stable industry based on sustainability and a “low and slow” way of travelling.

Carl-Oscar Lawaczeck, CEO at OceanSky Cruises believes that:“Experiential travel is going to ignite this industry. Airships open up the corners of the world, the wilderness that is out there and we have to take care of that”. 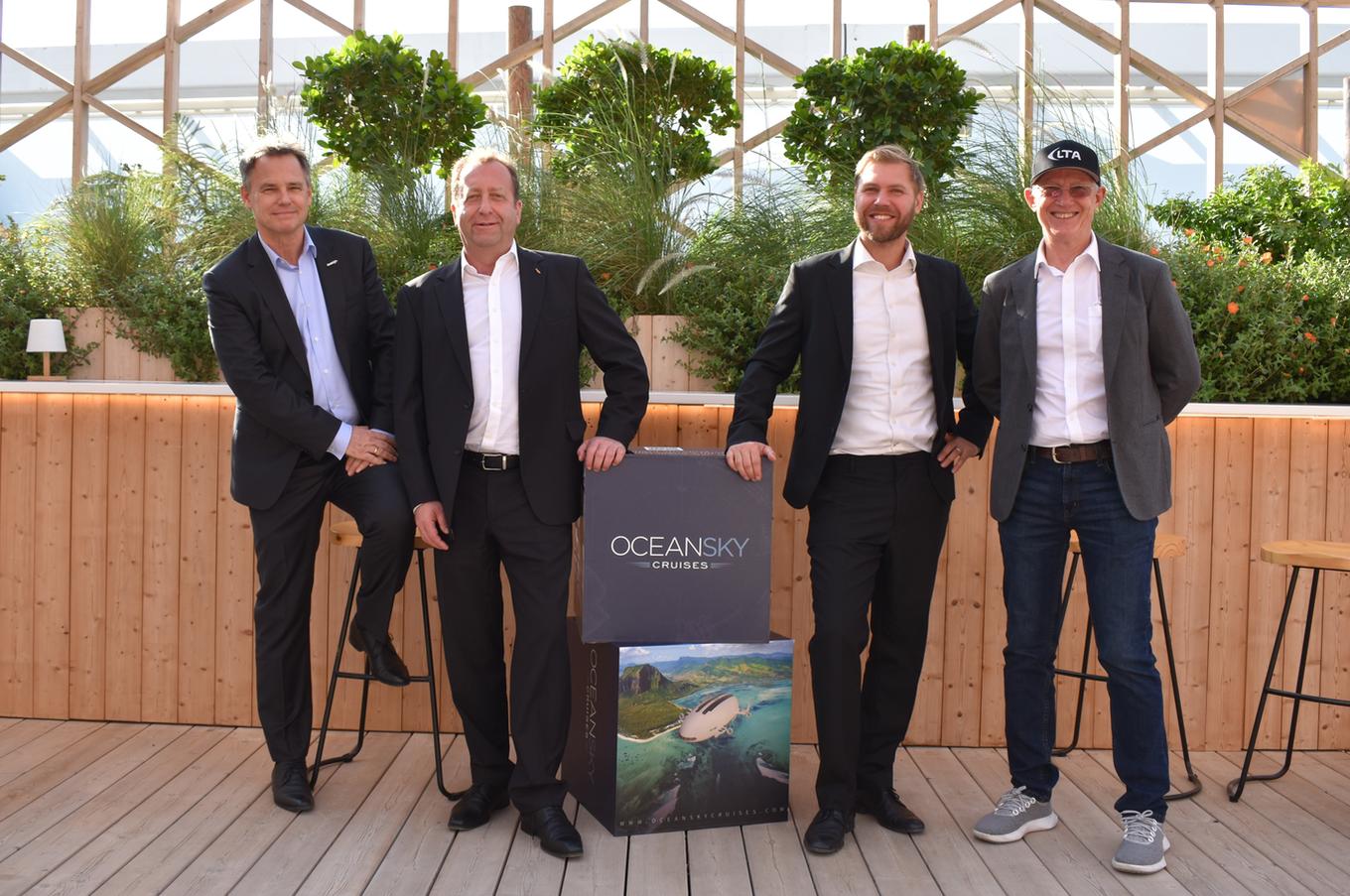 The panel of participants at the conference “The Revival of Airships”. From left to right: Eckhard Breuer, Gennadiy Verba, Carl-Oscar Lawaczeck and Alan Weston

On this subject, Dereck Joubert, the award-winning conservation filmmaker, believes that: “Turning the journey itself into an experience and not the destination. This is what we have to do”. Regarding airships, Joubert, CEO of Great Plains Conservation, added that: “Now is the time to return to that era of romance and to do it sustainably without leaving any print and the way to move forward is to add something that is better than an airplane, not to replace them”.

Gennadiy Verba, President at Atlas LTA Advanced Technology stated that airships should not replace any other kinds of transportation. “They should open niches in the market. Experiential travel is a niche that I’m sure will grow on the future”. The President of Atlas, a company that is developing the Atlas 11 and the Atlant airships also thinks that “we have to build more airships to become less expensive and to make these experiential trips more affordable”. 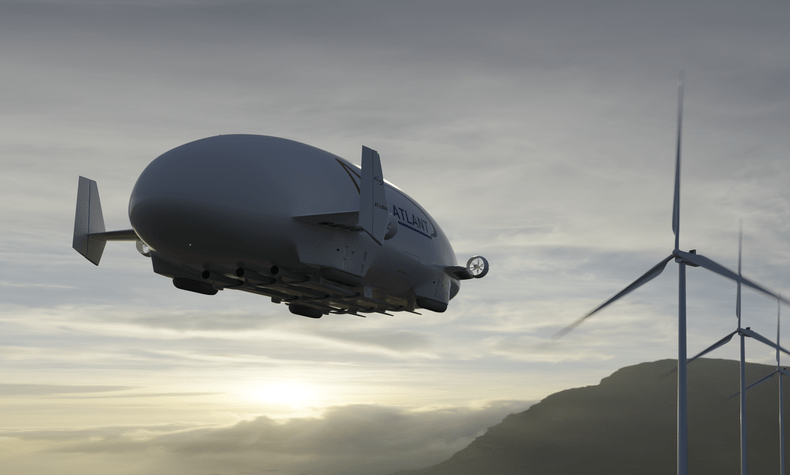 The Atlant airship, by Atlas company 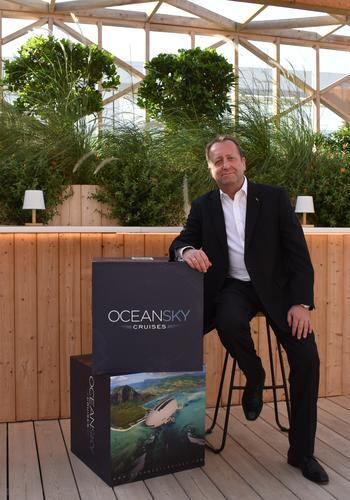 In relation to the type of travel, most of the speakers agreed on the fact that, in the beginning, people will not see airships as a practical transport solution to connect short distance points. As the CEO of ZLT, Zeppelin Luftschifftechnik, Eckhard Breuer explained: “In the 30’s big airships as the Graf Zeppelin or the Hindenburg could cross the Atlantic because they were twice as fast as an ocean cruise liner and aviation was not developed as it is today. So now, I see airships for experiential travel, for rescue and relief operations but not to go from point A to B in long distances”.

In this context, Sébastien Bougon, Flying Whales founder, chairman & CEO, added that “It’s time for airships to be back. We are in a new era where thanks to technology we can develop special, sustainable and safe vehicles with a very low footprint but for now, no one is going to spend three days on an airship going from Paris to Venice instead of on an airplane”. Bougon believes that the airship industry is going to grow in 20-30 years and then “we will change the world” he said. 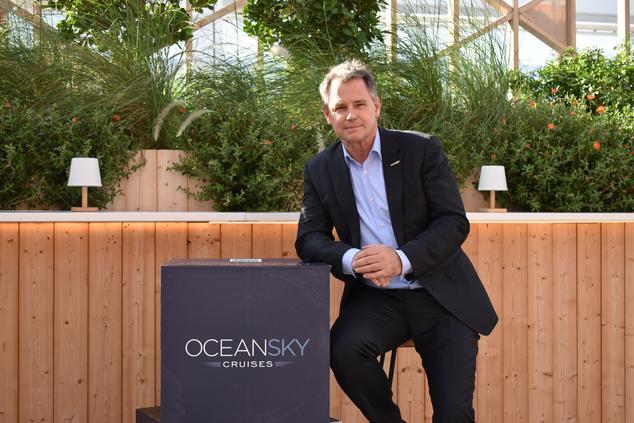 “Experiential travel is going to ignite this industry. Airships open up the corners of the world, the wilderness that is out there and we have to take care of that”. 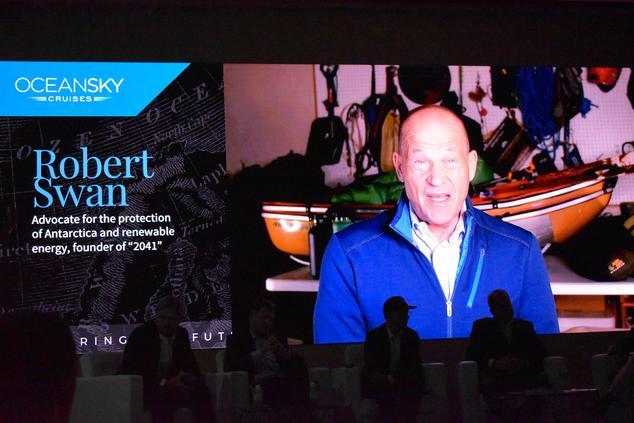 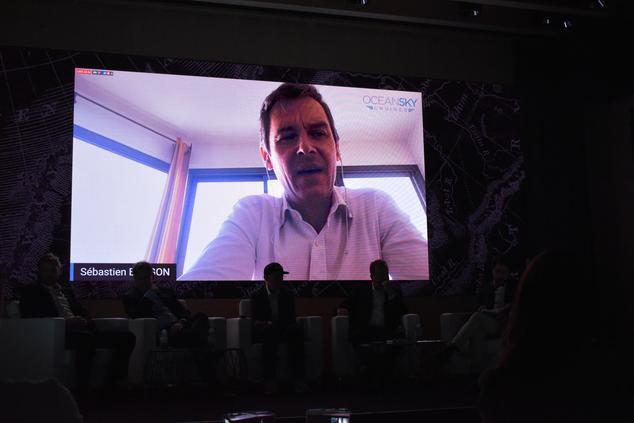 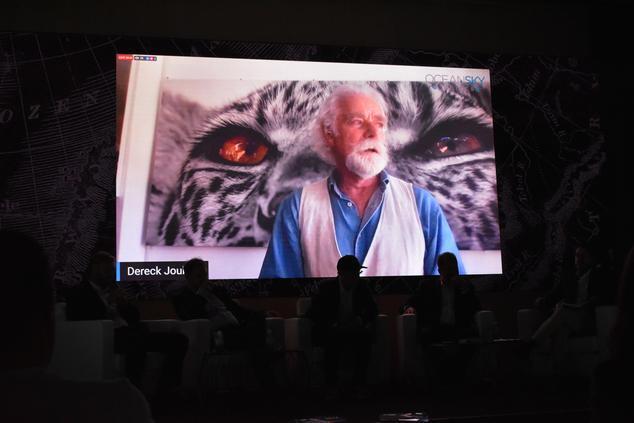 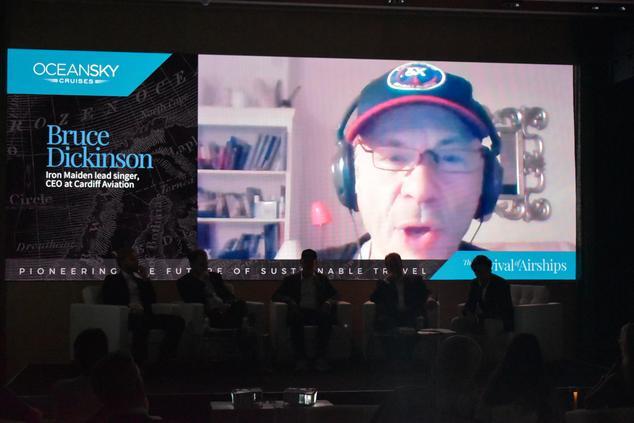 Bruce Dickinson, Iron Maiden lead singer and CEO at Cardiff Aviation, thinks that: “Now we have an opportunity to demonstrate exactly what an airship can do and it can do more than a ship, more than a helicopter, more than an airplane. Why spend all the time and energy building something that doesn’t belong to the sky when you can fly on something that float in the air”.

Alan Weston, CEO at LTA Research and Exploration, the company that is already building the 132 meters long Pathfinder 1 airship, states that: “We are building the biggest thing that is going to fly. Even building one airship is an extreme challenge so we are focused on mass production. Because of that, we have laid the foundation for producing a very large number of airships very quickly. So, as long as there is the appetite on disaster relief, search and rescue if there is also an appetite on telecom, cargo or commercial transportation, I see LTA in 10 years building 100 airships”.

Carl-Oscar Lawaczeck agrees on that and he stresses that: “The challenge is to get the first large scale airship certified, up in the air and with a commercial success. What follows is building an industry.” The CEO at OceanSky Cruises believes that “This industry is still very small but, if everything goes well, we’ll have more than 100 airships in 10 years doing experiential travel, cargo, rescue and relief operations, etc”. 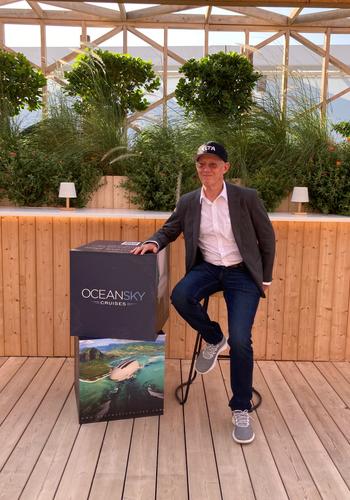 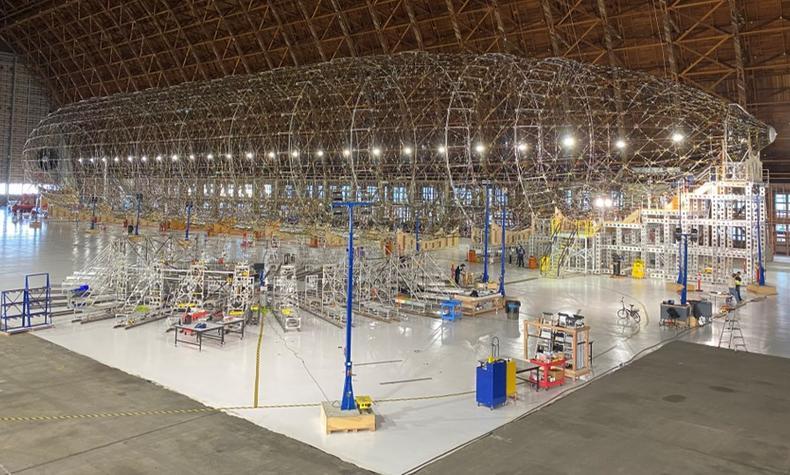 The Pathfinder 1 Airship by LTA

An epic expedition to the North Pole by airship

Almost one century after the explorer Roald Amundsen overflew the North Pole aboard the airship, Norge, without landing, OceanSky Cruises plans to land for the first time in history on the geographical North Pole in a series of unique expeditions by airship. The expedition will depart from Longyearbyen, Svalbard, to land on the North Pole.

Airships don’t need airports to take off or land and are light and hyper-efficient. They combine helium lifting power together with aerodynamic lift created by their hull’s shape. The airship, can fly autonomously for days. The technology used is called lighter-than-air.

The passenger gondola can carry up to 16 travellers and 7 crew members and has been designed as a flying luxury hotel with large panoramic windows and an unrivalled level of comfort and service on board. The cabin is not pressurised, allowing a comfortable ambience on board. The cruise is performed with a slow cruise speed and low altitude offering beautiful sightseeing opportunities. 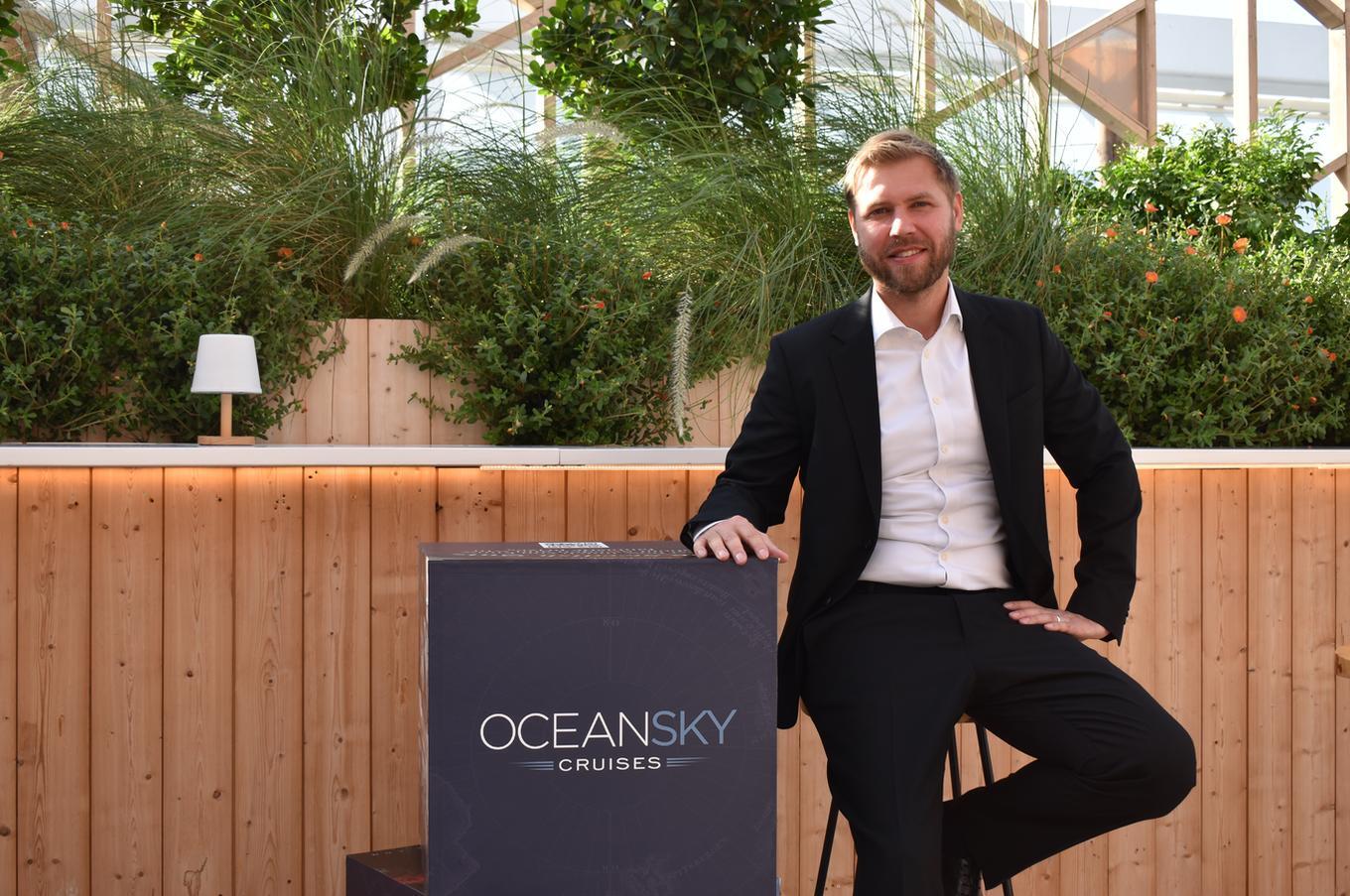 The expedition will depart from Svalbard and passengers will enjoy an exclusive onboard menu prepared by a prestigious chef. The night will be spent on board on comfortable and fully equipped suites, before landing the following morning at the North Pole. The approximate total duration will be 38 hours including departure and return briefings. The price per cabin for two people is currently from 2,000,000 SEK (approx US$200,000).

OceanSky Cruises’ aeronauts will be pioneers in a new way of travel, without leaving a footprint. For Carl-Oscar Lawaczeck, OceanSky’s CEO and founder: “Our expedition to the North Pole will bring the attention of the world of what airships are capable of. This will be a first step to build an industry that the world needs.”

Some of the first season expeditions will be led by the prestigious Arctic expert and climate activist Robert Swan, who states that: “I’m looking forward to being a leader on this expedition to the North Pole. It’s a dream I’ve had all my life and I’m convinced that OceanSky Cruises is going to make this happen. I’m just so inspired about the idea of going across the Arctic without any impact on it”. 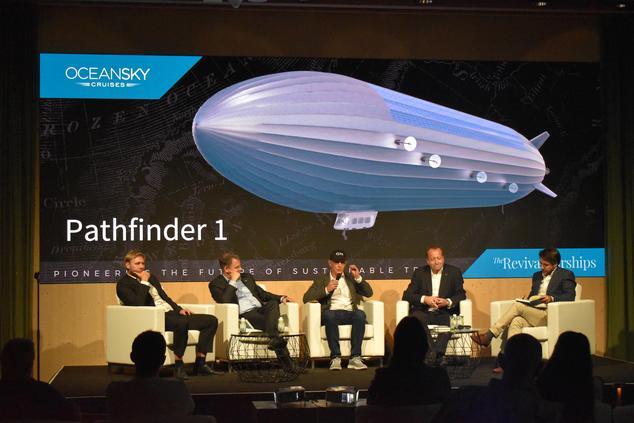 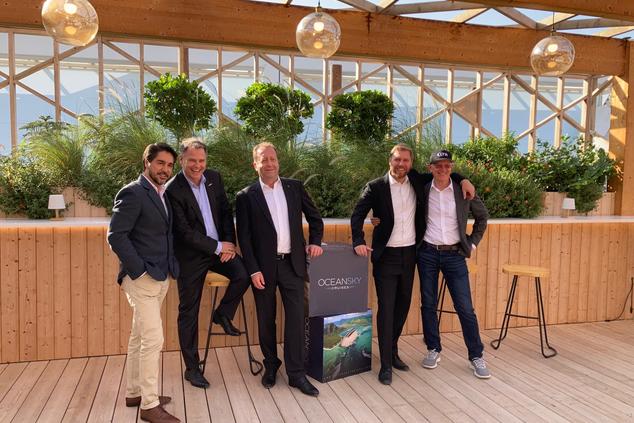 The participants of the conference with Gonzalo Gimeno, Marketing Director at OSC
Carlos Díez de la Lastra, CEO at the prestigious university Les Roches Marbella, sees OceanSky Cruises’ project as “innovative, sustainable, luxury, exclusive and, what is most impressive for me, is that it is comprehensive with a combination of technology and hospitality which make this airship airline something unique”.

On the OceanSky Cruises North Pole expedition, Bruce Dickinson recalled the lyrics of “Empire of the clouds”, the Iron Maiden’s song inspired by the famous R101 airship and said: “The dreamers may die but the dreams would live on and we’re not the dead dreamers. We are the live dreamers and this is a live dream which I hope you will be able to make it happen because the time is now”.