Svalbard, the remote kingdom of the polar bear

Did you know that more polar bears live in Svalbard than humans? This remote Norwegian archipelago in the Arctic is one of the most unknown places on the planet and, at the same time, is a destination rich in animal biodiversity – where you can enjoy different experiences and activities both in winter and summer. Svalbard will be the base of OceanSky Cruises’ operations between March and October and the starting point of our epic airship expedition to the North Pole.

This archipelago, located in the Arctic Ocean, is 60% covered by glaciers and consists of several islands, only three of which are inhabited. Its capital, Longyearbyen, is home to about 2,000 people from some 50 countries and it is the northernmost city in the world. On Svalbard, it is said that there are three seasons throughout the year: “Polar summer, Northern Lights winter and Sunny winter”. The inhabitants of these islands live with four months of darkness per year and four months of light 24 hours a day. The climate is very extreme with temperatures ranging from -14 degrees Celsius in winter to 6 degrees Celsius in summer. 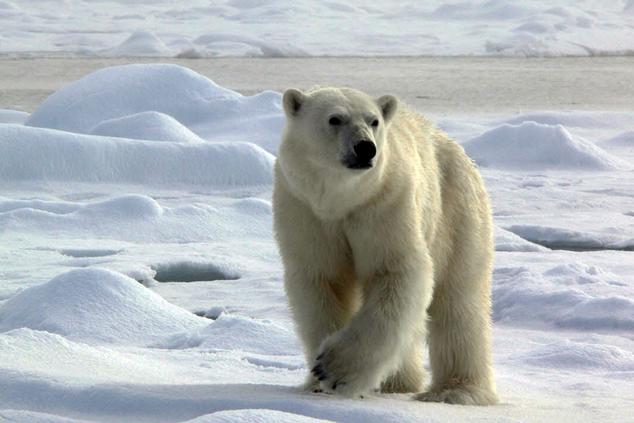 There is a population of almost 3,000 polar bears in Svalbard 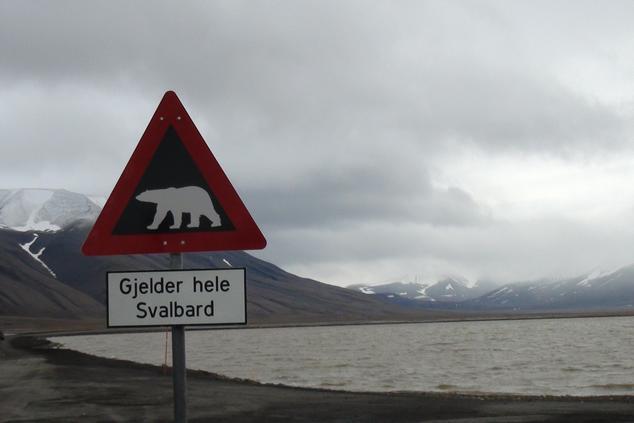 A warning sign of the presence of bears. Photos: J.Arjona

A bit of history

Although the Vikings may have discovered the islands as early as the 12th century, it was not until 1596 that the main island of the archipelago was discovered by Willem Barents, who named it Spitsbergen, from the Dutch word for “sharp mountains”, a reference to the mountains that seem to float when you look at them from the sea. During the 17th and 18th centuries, the islands served as a whaling base for the Dutch, Spanish and English, and were also the operational bases for many of the Arctic expeditions.

The islands were ungoverned until the treaty that was signed in 1920, after World War I. From that year onwards, the name Svalbard, meaning “cold coast” in old Norwegian, will be used for the entire archipelago. While recognizing Norwegian sovereignty, it also stipulates that anyone can live and work there without a visa. Thus, from the 1920s until the late 1990s, the Russian population that came to Svalbard to exploit the mineral resources was among the largest. Today, this has changed and, after the Norwegians, Thai residents, of whom there are about 200, constitute the second largest ethnic group in Svalbard. 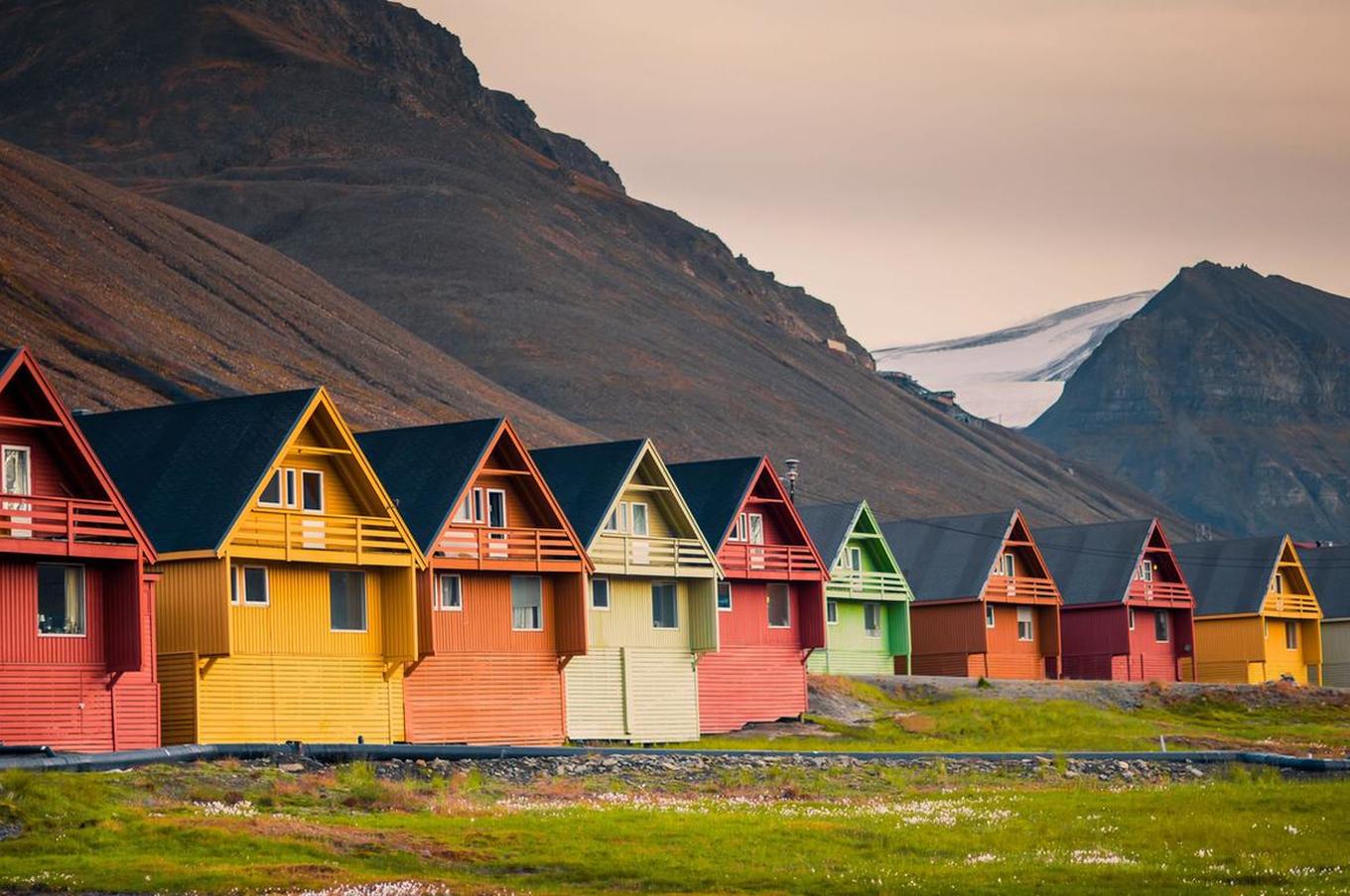 A mining ghost town in the North of the North

As a reminder of the Russian miners’ past, it’s possible to visit Pyramiden, a ghost town filled with the remains of coal mining: rusting steel beams and ironwork, half-collapsed mine buildings, abandoned railways, large mounds of black waste and even a sculpture of Lenin in the central square make for a somewhat Dantesque sight that contrasts with the white and blue glaciers and colourful houses of other parts of the archipelago.

It was the Swedes who first discovered coal in Pyramiden in 1910. Taking advantage of the 1920 treaty, Sweden sold Pyramiden to Stalin’s Russia in 1927 and it became one of two Russian outposts on Spitsbergen. About 2,000 Russians came to make a living from mining in this area where a total of 60 km of coal mineshafts were exploited. The mines closed in 1998 and the village was abandoned. 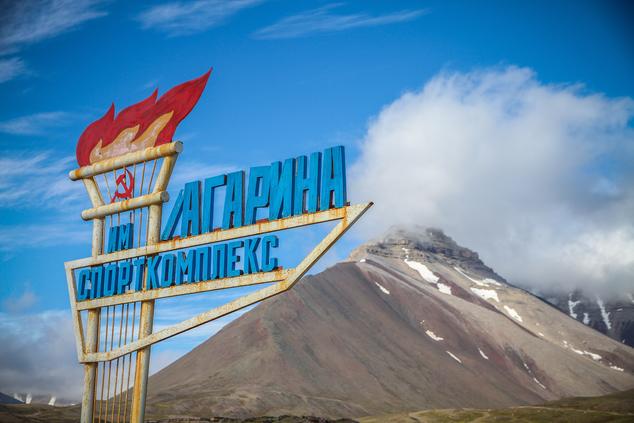 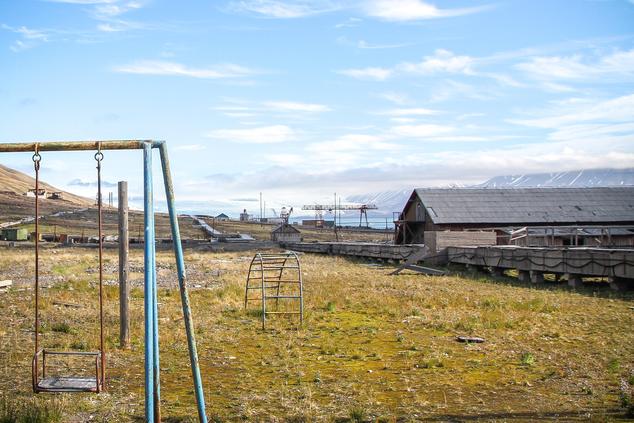 The city was abandoned in 1998 when the mines closed. Photos: Vincent Gx

Svalbard is home to polar bears (thought to number about 3,000), Beluga whales, walruses, seals, narwhals, Arctic foxes and reindeer. Polar bear trapping, as well as whaling, was historically big business in Svalbard. However, the area now has a variety of nature reserves and national parks: almost two-thirds of the islands are protected.

Activities on this remote archipelago range from mushing, snowmobiling, skiing and snowshoeing in winter to whale watching, Arctic safaris, glacier trekking, zodiac sailing in the fjords in summer and northern lights watching between August and April. 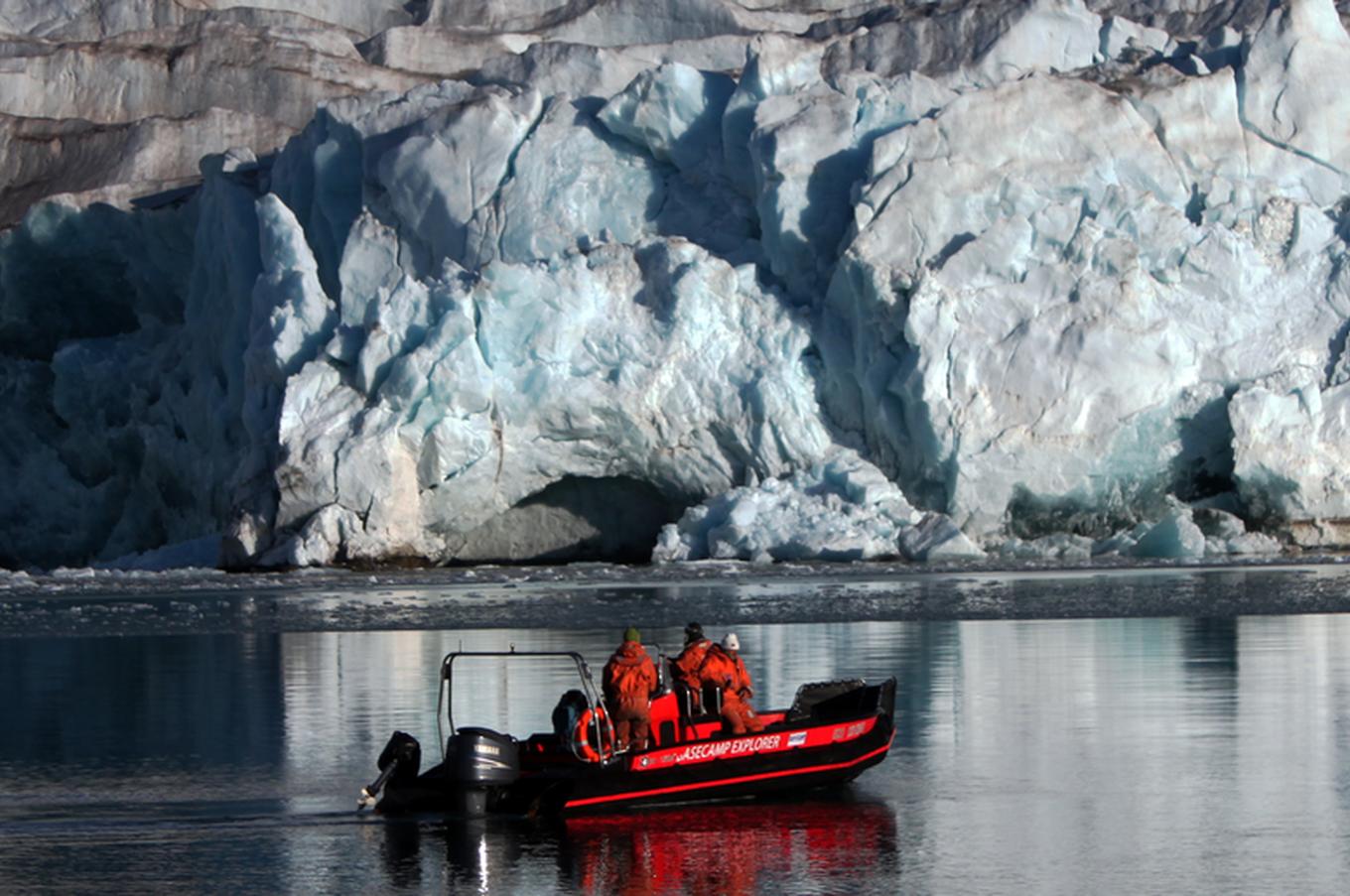 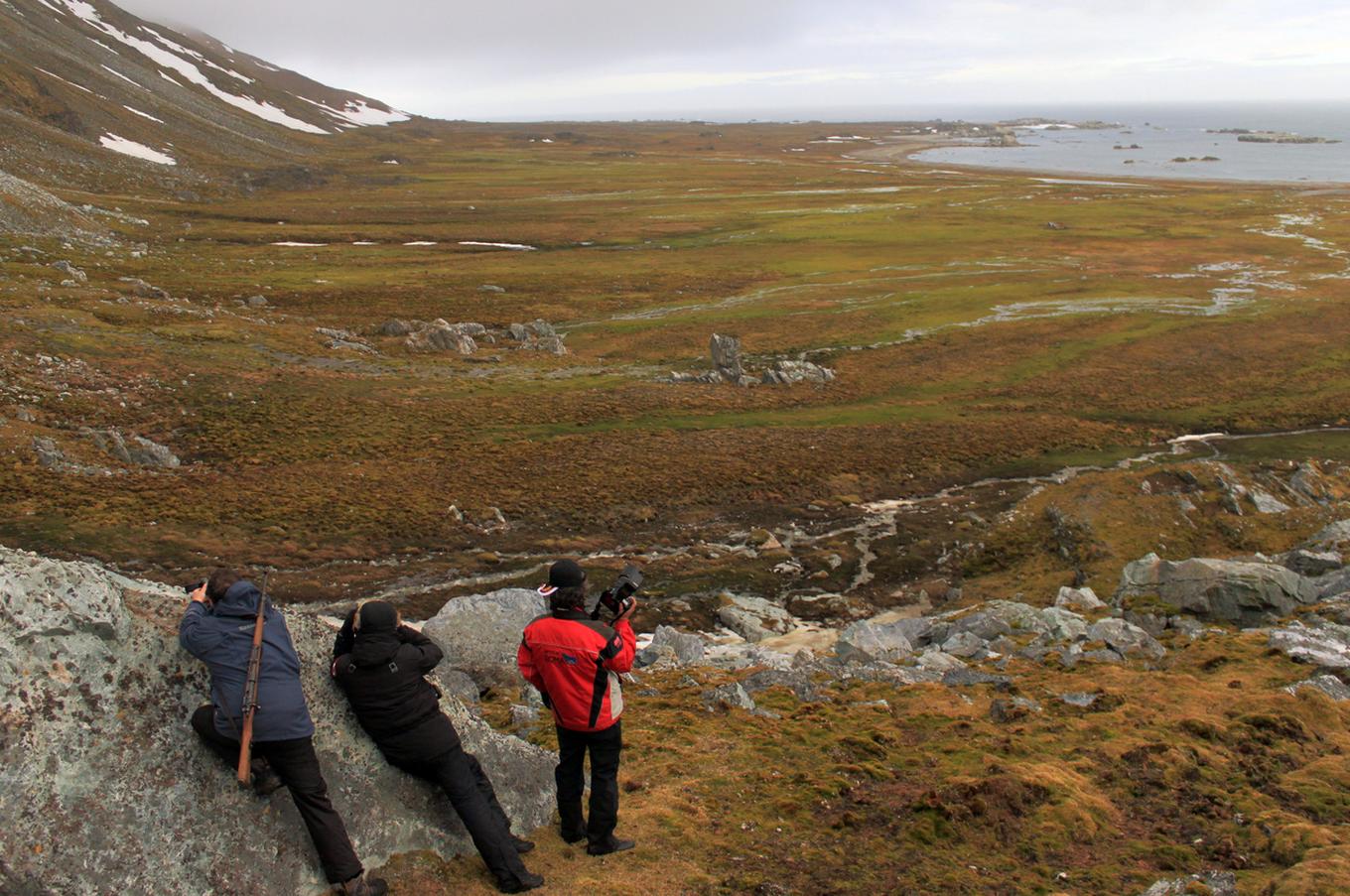 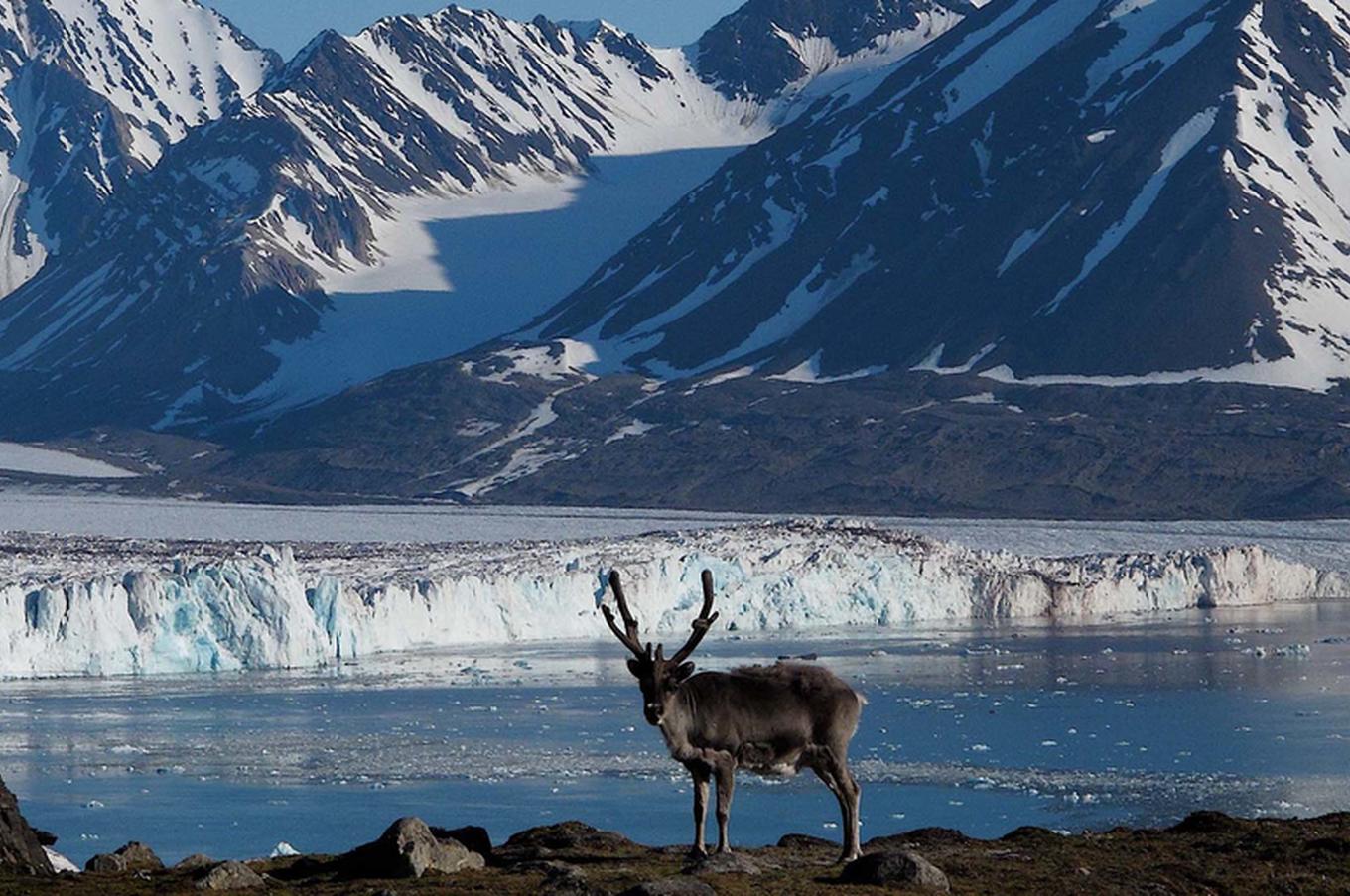 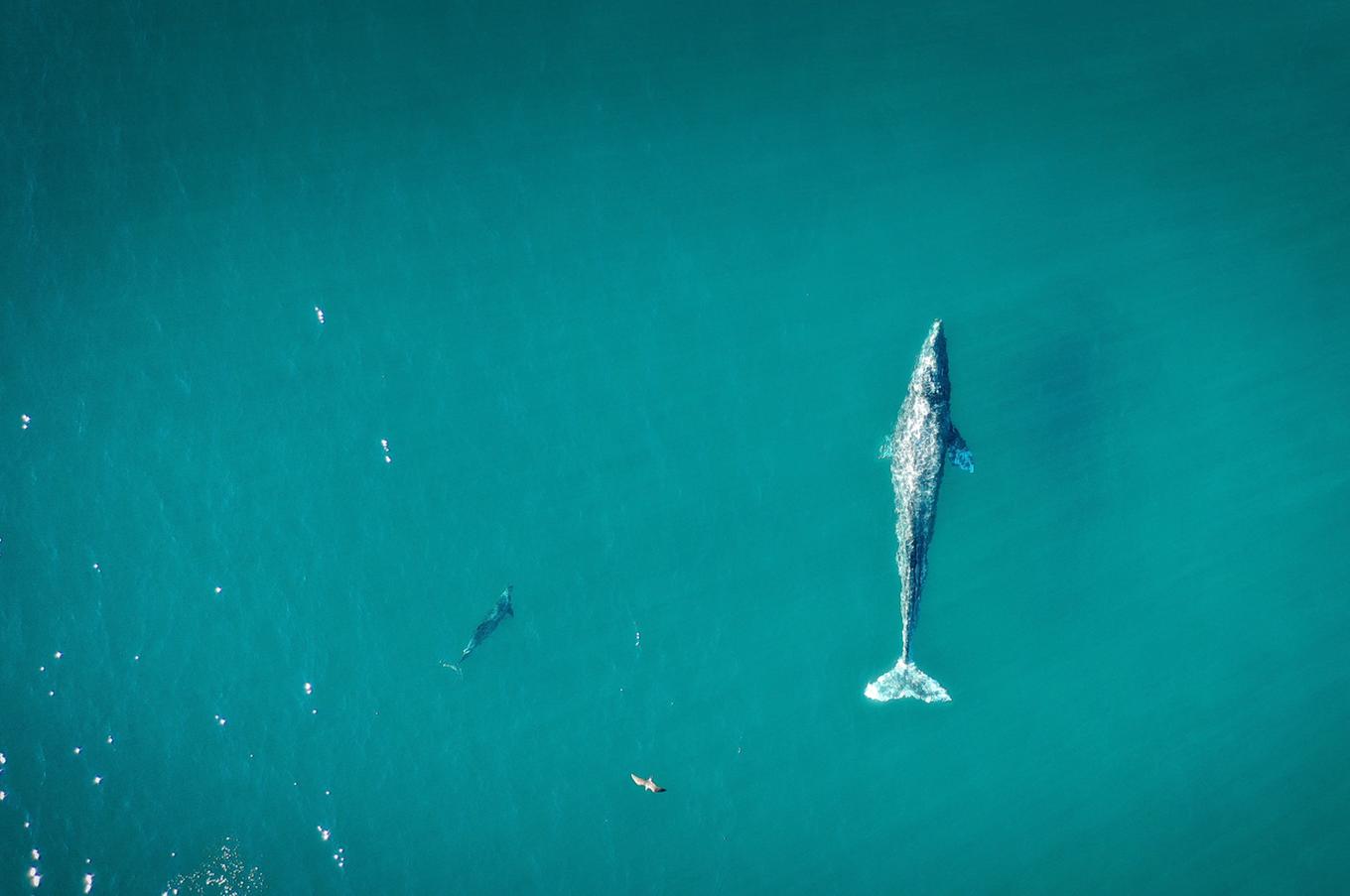 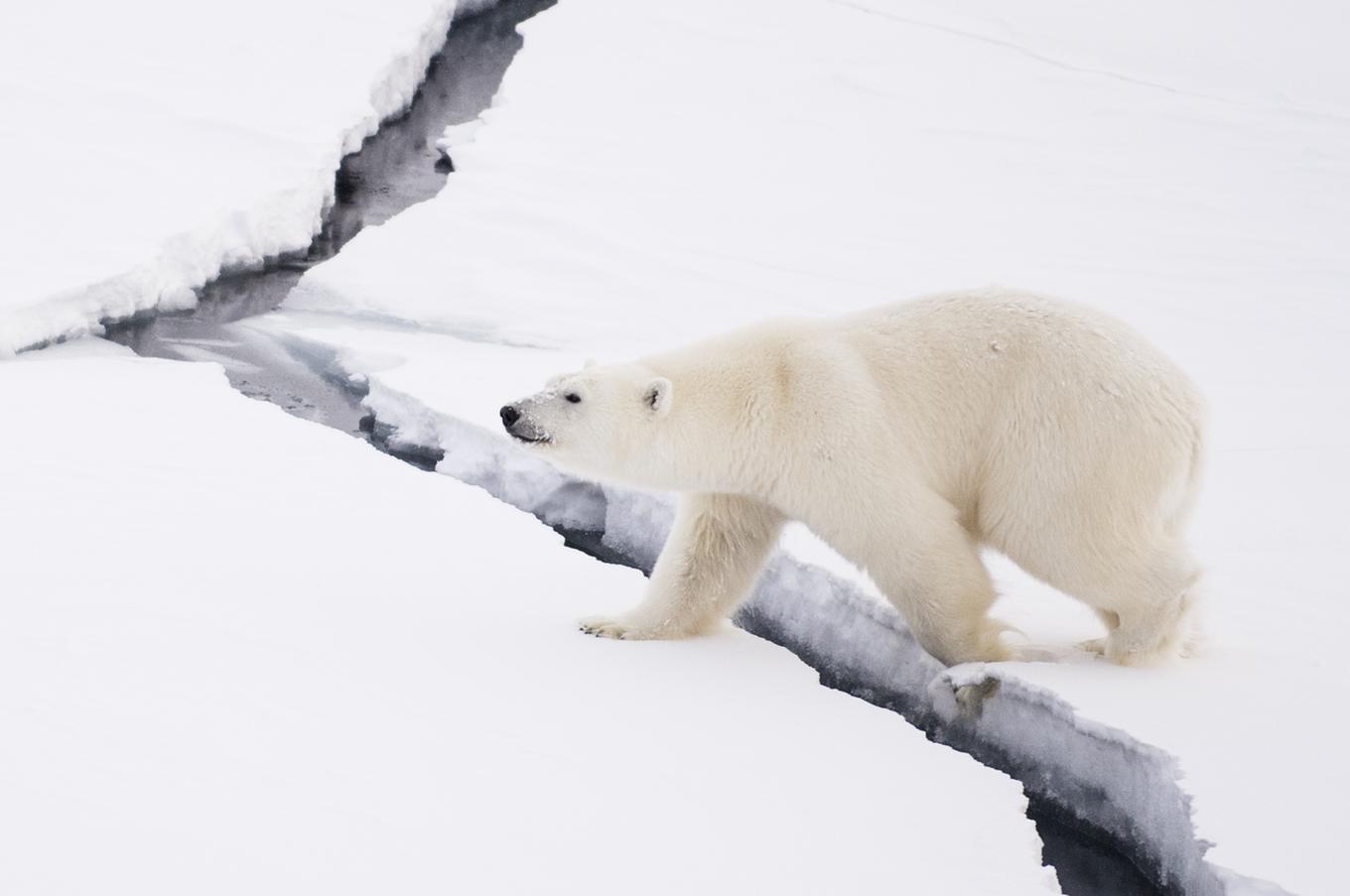 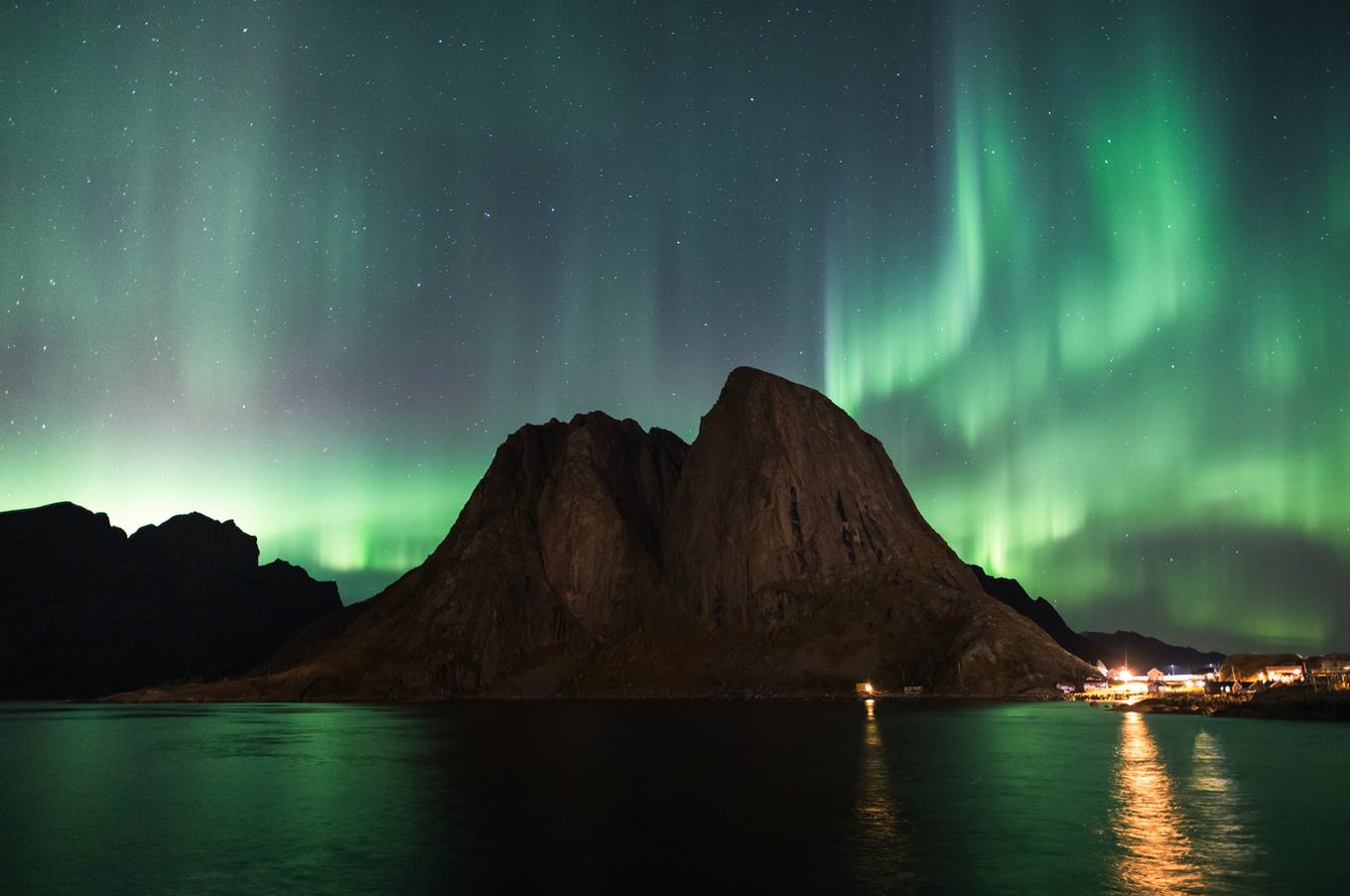 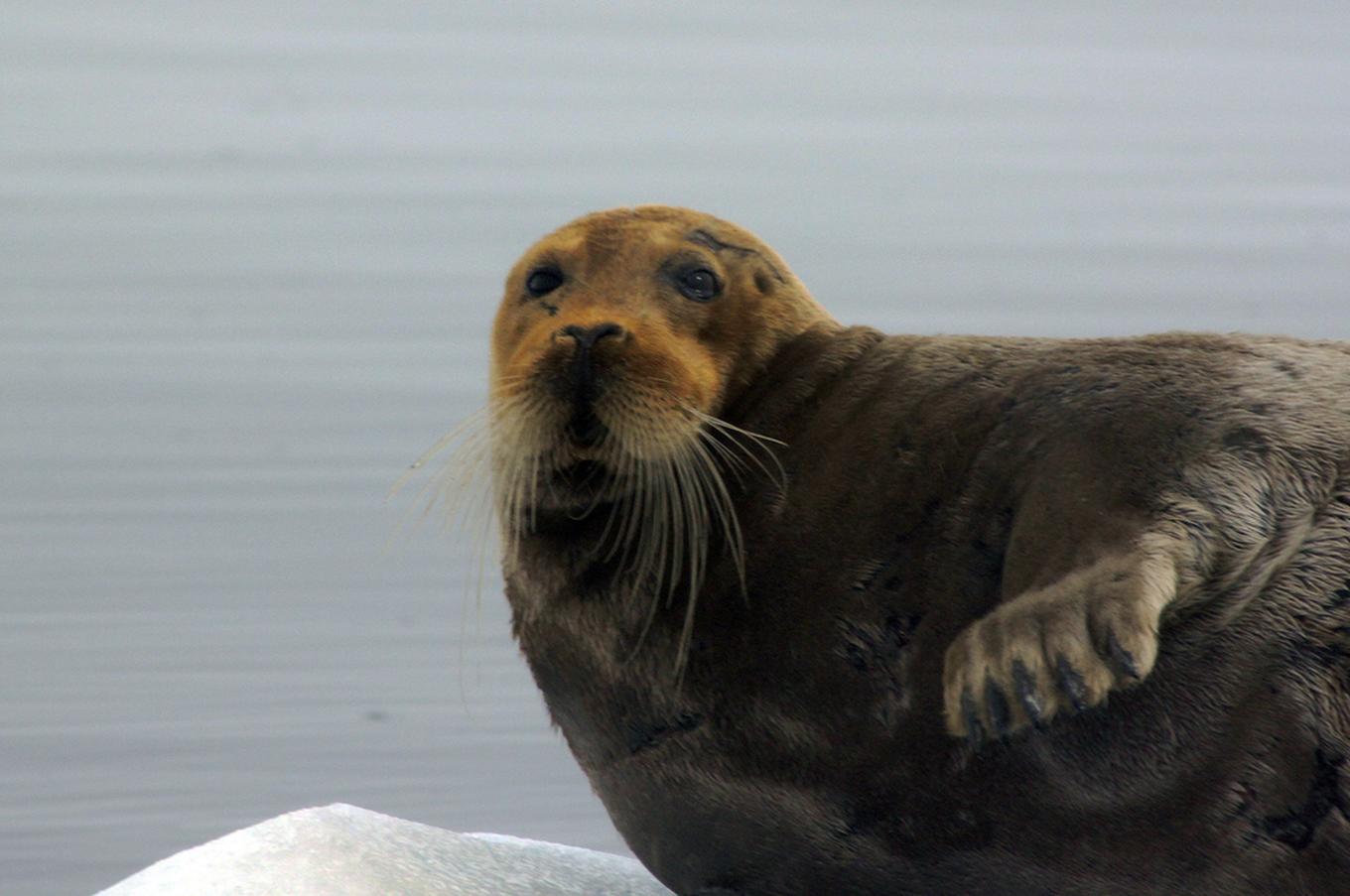 Since 2008, Svalbard has been home to the World Seed Bank, which has also been called the ‘vault at the end of the world’ and ‘Noah’s Ark of plant diversity’. This large warehouse, located some 120 m inside a mountain, stores all the known seeds of the planet, which are preserved there in case of a natural or man-made disaster. This unique site is designed to withstand anything from asteroid impacts to nuclear bombs, and is buried so deep in the permafrost that it could remain frozen for at least 200 years, even if the electricity fails and climate change permits.

Svalbard is also home to a former radio station now converted into a hotel. Isfjord Radio is a former weather station and radio station dating from 1933, located on Spitzberg, the largest of the Svalbard islands, 1,300 km from the North Pole.

It was a strategic enclave during the Cold War. A remote place, far from civilization, with no road connection. In winter, it’s reached by dog sled or snowmobile and, during summer, by crossing the Arctic Ocean by boat. This radio station-turned-hotel is a striking contrast between a simple, functional exterior and a modern, cosy interior, which even retains the sauna that was built for the workers in the 1950s. Since 2008, Svalbard has been home to the World Seed Bank, a warehouse that stores all the known seeds of planet Earth 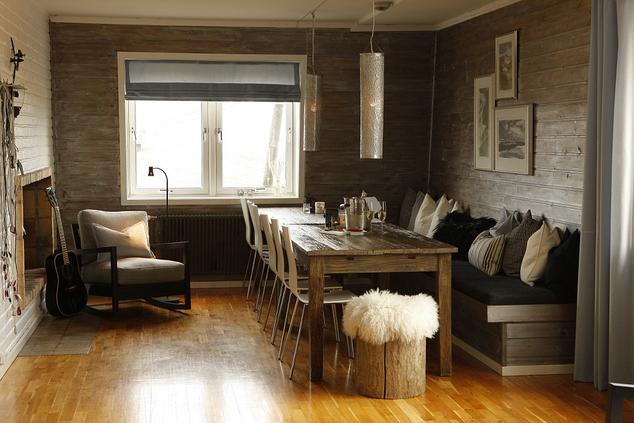 This radio station-turned-hotel is a striking contrast between a simple, functional exterior and a modern, cosy interior A welcome drink for our guests in true Svalbard style. Photo: J.Arjona

As the base of operations for our flights by airship to the North Pole for 6 months, Svalbard allows us to offer our expeditionaries a series of unique and totally sustainable pre- and post-flight experiences and activities in this remote part of the world, with the aim of raising awareness of the beauty and, at the same time, the fragility of an ecosystem, the Arctic, which has been one of the most affected by climate change in recent years.